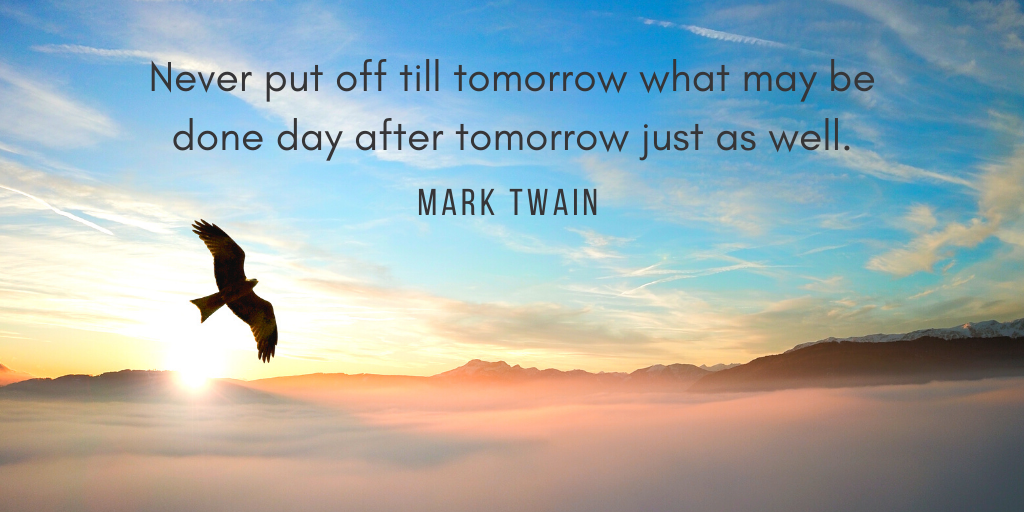 2 Responses to Procrastination in the Time of Quarantine