At long last, a cover reveal!

Good things come to those who wait, but better things come to those who work. I have spent the past few months in what I affectionately call “cover hell.” Consequently, I’ve avoided places like the internet in general and my own website in particular where I might have to account to others for my dealings. I here apologize. It is a character flaw that I’m likely to embrace to my grave.

And now, to the eye candy! 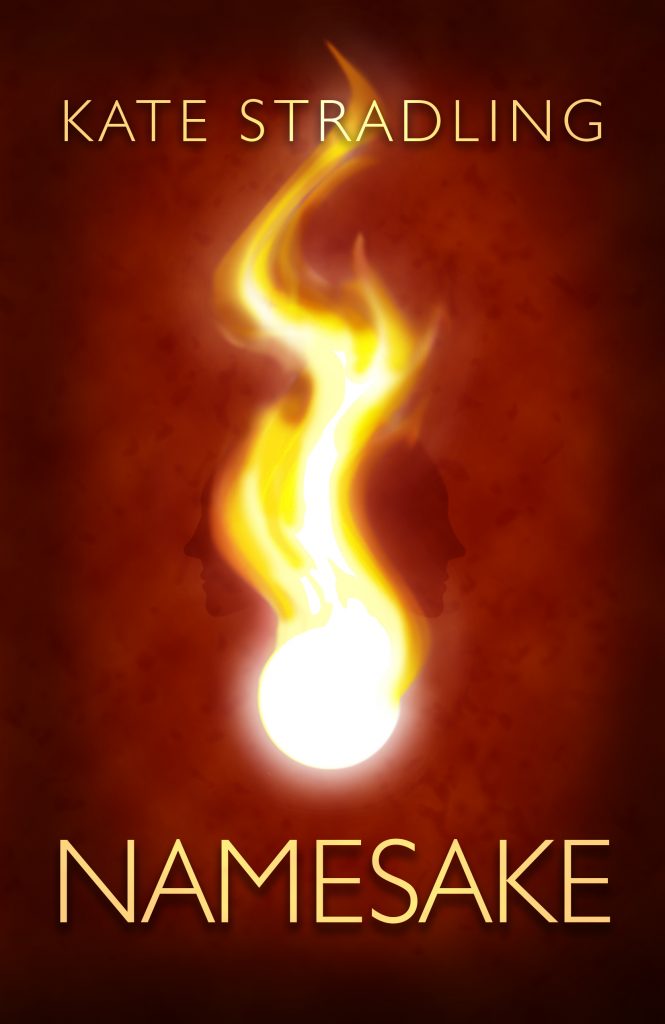 But when an adverse encounter with the Eternity Gate lands her in an alien realm, magic marks the boundary between life and certain death. Anjeni alone holds the keys to saving an ancient people from a savage enemy. Her bitterness notwithstanding, now she must create a legend instead of living in its shadow.

“Cover hell” consisted of a multitude of ideas with middling-to-poor execution. None of them made it past the drafting stage until I stumbled on this one, and then it went through four different builds (including a first, quick run in PSE where the program shut down when I tried to print, and I hadn’t saved so I lost everything, hahaha). A last-minute rework on that epic fireball sealed the deal this afternoon. I am in love.

Namesake is schedule for release in August, providing everything goes well. And by that, I mean my files are uploaded and under review. If the physical proof looks good, I’ll hit “Approve” and let you all know.

In the meantime, you can read excerpts from the book over on my critique group’s site, Novel Three: here and here.