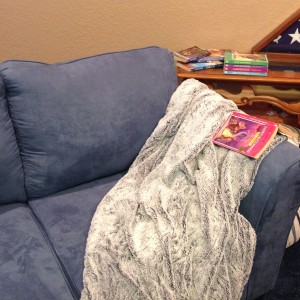 My starter series for fantasy was Lloyd Alexander’s Chronicles of Prydain. I was in 5th grade. Everyone around me was reading C.S. Lewis’s Narnia series and telling me that I just *had* to read it. That’s the kiss of death when it comes to anything literary, for me. (I didn’t read the Narnia books until I was in my 20s, I’m ashamed to admit.) I turned my attention elsewhere, just to be obstinate.

I don’t remember why I chose The Book of Three. My brother may have suggested it (if so, he made no requirements), or I may have been vaguely aware of Disney’s bastardized movie adaptation, The Black Cauldron, or I may have been browsing the A-section of authors in my school’s library. I don’t know.

What I do know: my brother and I read the series concurrently. He was a grade ahead of me, and I’m pretty sure we each borrowed our own copies from the library. I know we did on the final book, because he finished before me and then kept checking on me. “Are you done yet? Did you finish?” And I was annoyed, because he wasn’t supposed to be a faster reader, as I was the one who always had my nose buried in a book. That punk.

When I did finish, we just sort of basked in contentment. The ending was both happy and sad. The fantasy was foreign-but-familiar enough to evoke a strange sense of nostalgia, an inborn yearning for places and people that existed beyond sight and memory. And I wondered if I would ever have such a literary experience again.

Of course I haven’t. That first time was the greatest euphoria ever, and I went chasing that high with every book that followed. Don’t get me wrong. I’ve read some wonderful fantasy series. Nothing compares to that first reading of the Chronicles of Prydain, even subsequent re-readings of the very same books.

Maybe it’s the primary characters: Taran, Gurgi, Fflewdder Fflam, Eilonwy with her red-gold hair. My hair was “red-gold” as a child, and Eilonwy was neither quirky because of her hair color, nor did she lament it. (I’m looking at you, Anne Shirley.) She was my favorite character through that first reading, which explains why The Castle of Llyr was my most favorite installment (as it’s all about her) and Taran Wanderer my least. (I did appreciate that one in subsequent readings, but Eilonwy’s not really in it at all, and where’s the fun in that?)

Maybe it’s the loose foundation of Welsh mythology. I knew nothing about the Mabinogion, and yet its echoes thrummed with familiarity upon my mind, like I had somewhere read of it before. (But honestly, anything even remotely Welsh automatically has +8 Awesomeness. You know you’ve always wanted to learn Welsh, or at least visit the region.)

Maybe it’s the mystical magic, which can seem at once both otherworldly and strangely pedestrian. There’s an oracular pig. Not a bird or cat or dragon. A pig. Where many fantasy authors spackle their tales with glamor or slather on the grotesque, Alexander sticks with a creature found on any farm worth its snuff. Pedestrian, but with a wonderful twist. (And yes, I know that the mythical “Dallpen” had a pig called “Henwen,” but let’s not deny the temptation just to leave that part out at the brainstorming stage.)

Regardless, the series entrenched an ideal within my imagination (an ideal that, as previously mentioned, even it couldn’t quite live up to). I went searching for more stories to strike a similar chord. And searched. And searched.

And eventually, in a sort of desperation, I started writing my own.

From the very beginning, I was a fantasy writer. I wanted to explore unknown worlds, to reclaim that piercing sense of wonder I had once encountered. I wanted to create a tale so perfect that it struck a harmonic rhythm in my soul.

(Ah, the dreams of a child. I’ve long since discovered that I can’t actually read my own writing for leisure. It puts me to sleep. But on the plus side, I did find a cure for my chronic insomnia.)

In short, Lloyd Alexander pointed me down the path that’s brought me to where I am now. His essay “The Flat-Heeled Muse” (quoted at the start of this post) aptly describes a creative process with which I am all too familiar. I’m tempted to say it should be required reading for all fantasy authors (and for all authors in general), but lest someone else share my kiss-of-death sentimentalities, I’ll only recommend it.

The Chronicles of Prydain, too, are only suggested reading. I can’t as an adult vouch for the adoration I held as a child, when my opinions were first forming. But I do still own my own copies. In fact, they’re within arm’s reach of me right now, up on the shelf next to my reading chair, exactly where they belong.