Our exploration of literary Barrier Objects continues with overuse of the vocative case.

Vocative (VOC): the grammatical case that marks the person or thing being spoken to

In terms of syntax, the vocative case is a rhetorical element. It happens outside the main structure of the sentence, and its use doesn’t change the meaning of what is being said, except to direct it to a specific listener. It will usually occur either at the start or the end of a sentence, or it can interject alongside other rhetorical elements.

The more intrusive the vocative insert, the more marked it becomes. So, example #4 above would only occur if the speaker is making a special point to their listener. (And really, I imagine someone using that type of insert to go a little overboard: “If, my dear Sam, you need me, I’ll be in my room.” Sounds a bit threatening, haha.)

In everyday speech patterns, we use the vocative case in two primary situations:

We don’t actually say people’s names all that often when we’re talking directly to them. In fact, we can meet and openly interact with someone several times without ever exchanging names, depending on the circumstances. Shallow acquaintance requires no further investment that the pleasantries of light conversation. Only when you want to delve into a deeper relationship (friendly or otherwise) does it become necessary to put a name with a face.

This applies for writing as well as real-life situations. Authors don’t typically waste mental capital naming background characters, and if they do, their readers probably won’t retain such an insignificant detail anyway.

A Case for the Vocative? 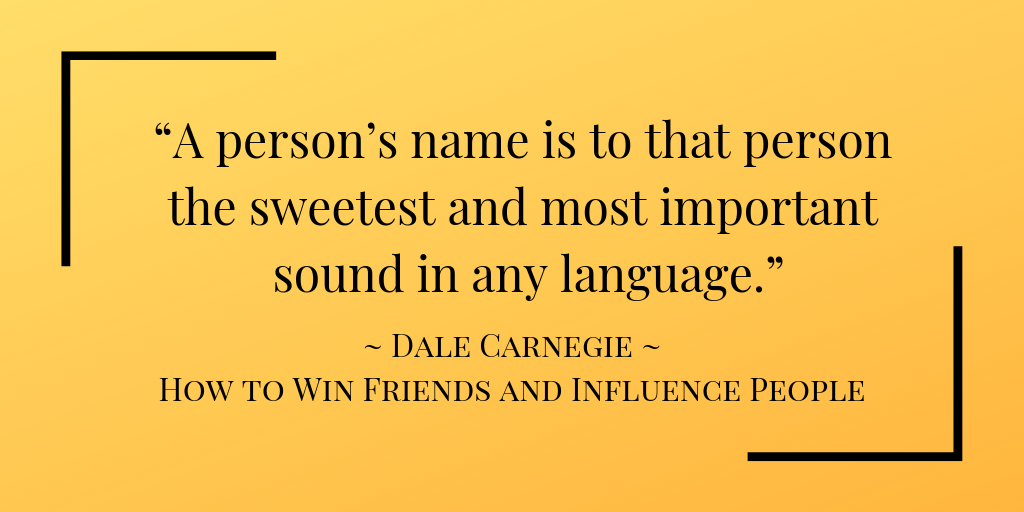 Because, apparently, we’re all a bunch of egotists who like to believe the world revolves around us…?

In his pivotal handbook for how to be socially savvy, Dale Carnegie encourages use of the vocative. More specifically, he encourages people to use one another’s names (which isn’t a bad thing), and the vocative case is the easiest way to do that. People like to hear their own names. It makes them feel happy, loved, important, etc.…

Except that frequent use ends up feeling canned, as though someone read a self-help book and is trying too hard to show you They Care™.

*cough* (Because that’s what Carnegie teaches.)

If you say my name multiple times in a conversation, I will peg you as an awkward or manipulative conversant and minimize any further contact. But then, I adhere more to a reverse philosophy: “That’s my name; don’t wear it out.”

In his novel, Off to Be the Wizard, Scott Meyer comically illustrates the vocative ad absurdum: 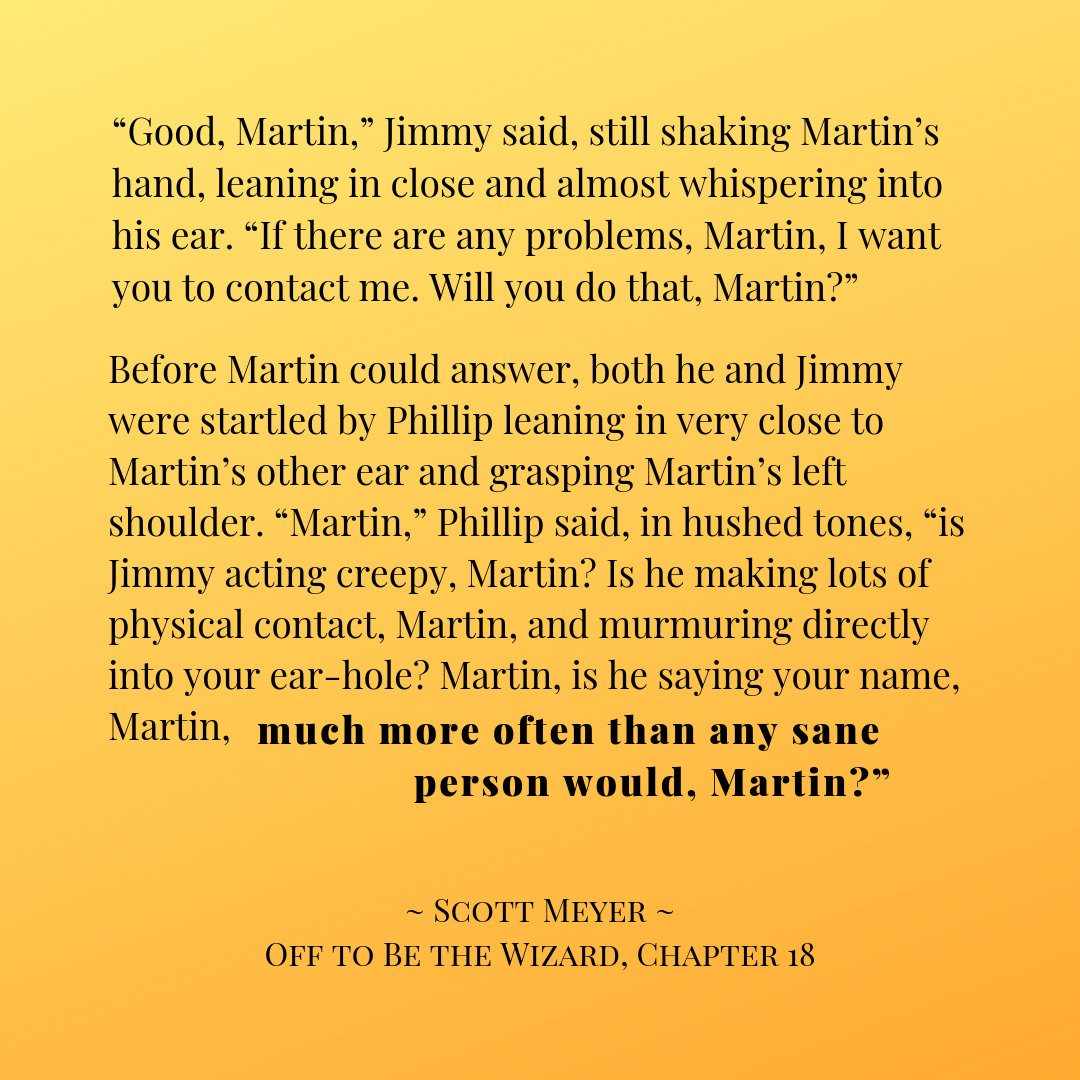 Jimmy, we can imagine, was a Dale Carnegie acolyte. Phillip, on the other hand, was not. And Martin, stuck in the middle, gets the fun effect of not only a charlatan trying to schmooze him, but a cynic pointing it out for all to see.

Overuse of the vocative case shows up in writing when we’re trying to create emotional connections between characters. Imagine a page of dialogue where two people pour out their souls to one another. It’s sentimental, it’s vulnerable…

It’s got them saying each other’s name every other line, to the point of distraction. The names become a ridiculous tattoo, and the scene loses all its emotional potency.

Why? The answer is simple.

It’s not your reader’s name you’re repeating. The repetition will not have the same emotional effect upon them as their own name would.

In an attempt to establish emotional connections, the vocative case can actually drive a wedge between the reader and the narrative. It’s not something to eliminate entirely, of course, but beware of overuse.

Up next: Excessive, Expressive Dialogue Tags

7 thoughts on “Overuse of the Vocative Case | Liar, Liar”