Why does language use differ in fiction versus nonfiction?

We might point fingers in several directions: the goal of the writing, the intended audience, the nature of storytelling, etc. But it turns out that the answer is completely basic.

Language use differs between these two disciplines because we use different parts of our brain to create them.

A Bit of Physiology 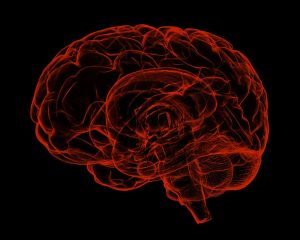 Telling the truth is easy. Our temporal lobe accesses and regurgitates our memories. There’s nothing to pull from thin air. We might have moments of pause as we reflect on the memory-soup and how to form it into a linear account, but that’s about it.

Fabrication, on the other hand, requires more mental power. Creating something from nothing activates 3 different parts of the brain:

That’s right. For writers, anxiety can be an occupational hazard. I don’t know a single author who doesn’t suffer from it in one form or another. It feeds Impostor Syndrome, which affects creatives of every variety.

But forewarned is forearmed.

As a writer, I want to be that comfortable someone.

So we’ll start with a very basic definition: What constitutes a lie? According to Pamela Meyer, there are 4 criteria:

Fiction doesn’t qualify as a lie because it doesn’t meet Condition #4: by its very definition, it doesn’t involve true events. The audience knows this, and they’re willing to suspend disbelief.

So, if anyone ever asks you what it’s like to sit around making up lies all the time, you can tell them you wouldn’t know.

(Or perhaps something more colorful. I won’t judge.)

However, even though fiction writers aren’t lying per se, the process of crafting fiction does involve fabrication. That extra brain activity engages, and our language use reflects as much. In other words, it does us well to look at patterns of deception and eliminate them in our work.

Up Next: Dialogue and Deception